Other Death Stars, Other Planets 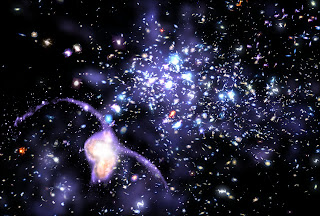 
After the jump is a Star Wars fan fiction piece set in an alternative universe where some things are familiar and others, very different.

It started as a thought experiment and a bit of fun. If you get through it, let me know what you think in the comments below. I'm interested to see if anybody can guess the decision that changed the Galaxy (I'm sure you're up to the challenge).