War: what is it good for?
Resource acquisition, eliminating your enemies, blowing stuff up, feeling like a big man. 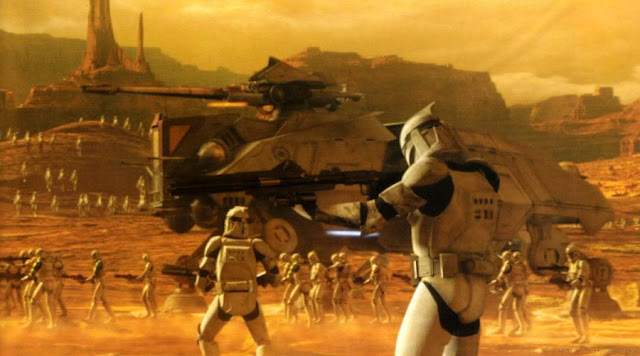 So, lots actually.
Posted by Robbie Boland at 8:25 PM 2 comments

Do you admire completely remorseless, virtually unstoppable cyborg killing machines? Enjoy EXTERMINATING things? Ever wondered if genocide, universal conquest and domination were your cup of tea?

Well now, for only £199 you can find out for sure with the GREATEST TOY EVER INVENTED: Kids@Play's Ride-in Dalek.


With catchphrases like, "Exterminate all humans!", "We are the superior beings!", "Seek, locate, annihilate!", and the ever classic, "EXTERMINATE!" this battery-powered exo-skeleton means you're sure to be the life of any party.

Presumably because you will have successfully exterminated everyone else. 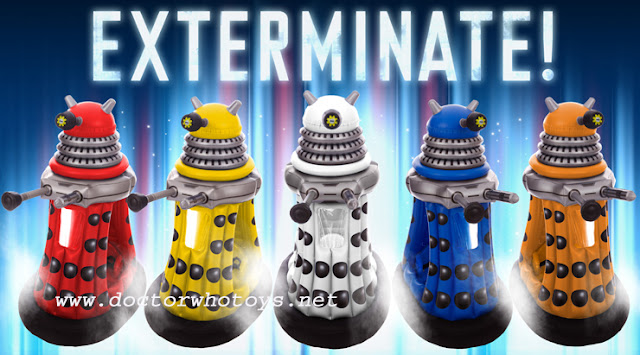 Email ThisBlogThis!Share to TwitterShare to FacebookShare to Pinterest
Labels: Dalek, Death Star PR, Deathstarpr, Doctor Who, Doctor Who News, Insanity, Kids at Play, Ride-in Dalek, Toys, Who's Idea Was This?

Everybody knows the original Death Star had 15,000 turbolaser batteries, 768 tractor beam, or that it was 160km in diameter, but what's not so common knowledge is that the Death Star had a little-known predecessor: the Smile Moon.

When Emperor Palpatine decided to build a gigantic space station/super laser in order to protect the galaxy from evil planets, Darth Vader could think of only one man amazing enough to helm the project: Grand Admiral Stephen Colbert.

Colbert's imposing intellect, charisma and drive, as well as his hatred of the political left and his love of large amounts of money, made him the perfect choice.

Using the vast resources at his disposal, Colbert completed the project in record time. Unfortunately, it wasn't until Vader saw the completed space station for the first time that he realised Admiral Colbert had taken some artistic license with the project, moving it in a direction that the Dark Lord of the Sith did not feel was quite right for a gigantic doomsday device intended to spread fear shock and awe throughout the Galaxy.

The moment is captured for posterity in this portrait by Robert Thibeault: 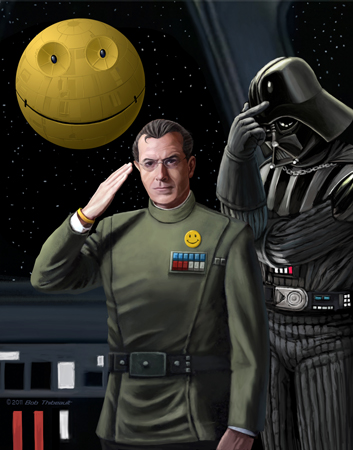 Needless to say, Colbert quietly retired from public life in the Empire shortly afterwards. Some say he travelled to a distant, backwater world and achieved a level of mild success as the host of a late night news talk show.

See the rest of Colbert's portraits at the Colbert Nation website.
Posted by Robbie Boland at 8:33 PM 1 comments

Kids,
One important thing to learn in life is to never look back.
That's where all the monsters are.
Posted by Robbie Boland at 10:33 PM 0 comments

We don't normally do mercy killings but in this case we're willing to make an exception.
Posted by Robbie Boland at 10:32 PM 4 comments

In George We Trust 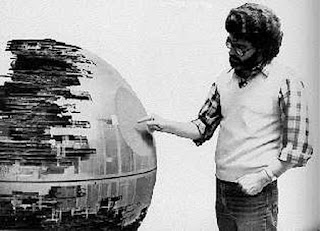 George Lucas thinks the world will end in 2012 but what does HE know?
It's not like he invented a giant planet-destroying laser or anything.
Or like he has enough money to build it even if he HAD invented one...
Posted by Robbie Boland at 9:32 PM 0 comments 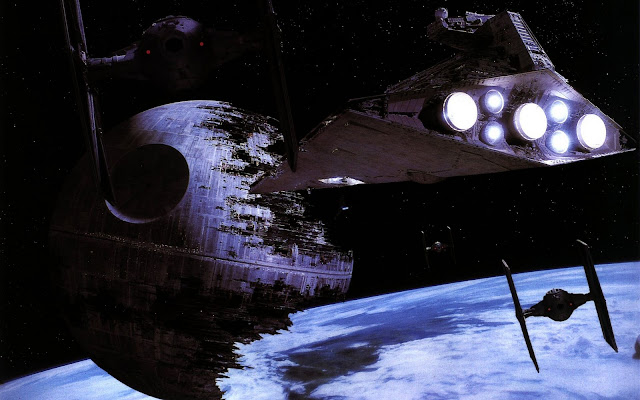 If you're commuting to the Death Star this frosty Wednesday morning, make sure you tune in to...
166.6SITHFM:
All Imperial March, all the time.
Posted by Robbie Boland at 8:24 PM 1 comments

To the Rebel Alliance:
How about we STOP arguing over who blew up which planet or ruthlessly assassinated what religious order and START healing? This message brought to you by the "Death Star Cares" initiative.
Posted by Robbie Boland at 7:23 PM 0 comments

10 Things We Hate About Luke


Sure, Luke Skywalker is a terrorist and a Jedi but there are loads of other reasons to hate him. Here are ten of the best:


1. He's an orphan.
Orphans are scary. Despite coming from broken homes and suffering from tragic pasts, these parentless kids always seem to discover that they're the one prophesied to realise some "noble" destiny involving destroying somebody's really carefully made plans by using magical powers they learned from some creepy old wizard guy who's secretly been "watching over" them their whole life. 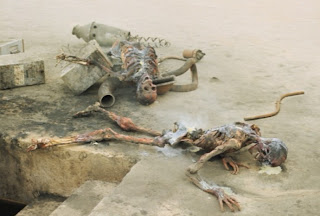 2. He's always whinging about something.
Whether it's not being allowed to join the Rebel Alliance, or having to go to Tosche Station to pick up power converters, or having his  adoptive parents brutally killed and then flame grilled by Stormtroopers, the kid manages to find the negative in any situation.

3. He has amazing magical powers...
And he doesn't do anything cool with them. Sure, he makes C-3PO levitate to impress a bunch of mutant teddy bears and can do some pretty sweet jumps but why doesn't he crush them all with the power of his mind, or even just mentally untie the ropes that bind him? How come he can't do a simple Jedi mind trick on a giant space slug, or block Palpatine's Force lightning with his lightsaber like EVERY SINGLE PERSON did in the prequel trilogy?! 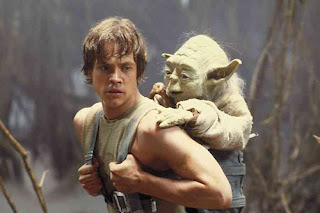 4. He has poor personal hygiene.
He goes swimming in trash compactors, sleeps in the hollowed out carcasses of tauntauns and, worst of all, spends much of his time living in swamps being ridden by a crazy old goblin. There is nobody in the galaxy who needs a bath more.


5. He got a medal for killing 1.3 million people.
For a "hero", Luke doesn't seem particularly racked with guilt as he walks up to receive his shiny gold medal for blowing up the Death Star 1, killing its 1.3+ million employees. Ummm.... did we miss something here? Everyone gets all judgey when we blow up a few evil planets but this guy gets a medal? Did he even try opening a dialogue or using an aggressive pamphlet-dropping campaign first?


7. He wears black.
This is against all the rules of appropriate film costuming and is therefore confusing and wrong. EVERYONE knows good guys always wear white and bad guys always wear black. Here is an instructional pictograph we made to help illustrate the point: 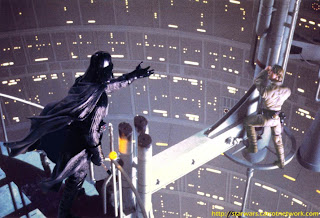 8. He's not a good son.
When Darth Vader tells Luke he is his father, this should be a joyous moment for the younger Skywalker, who finally has a chance to get to know his old man. Unlike a lot of other deadbeat dads, Vader offers to spend quality time with his son doing fun father/son activities like ruling the Galaxy. Luke, of course, declines.

9. His feelings for his friends are strong. Especially for... sister.
Everyone in the Galaxy knows that Luke's feelings for his sister are a little more than brotherly. Want proof? They kissed. And Luke liked it. Want more? Name any other hero in the history of cinema who goes THREE MOVIES without a love interest. Luke is just waiting for Han to slip up and then BAM! He'll slip right in with the old "I'm your brother, I just want to support you" routine. Luke Skywalker? Try Luke Slywalker.

10. He doesn't know a good deal when he sees it.
Darth Vader and Emperor Palpatine both offer Luke a chance to co-rule the ENTIRE FUCKING GALAXY. To be clear, this entails lots of money, three personal chefs and your own personal parking space on the Death Star for your executive TIE Fighter. Luke says no. Seriously, who does that???
Posted by Robbie Boland at 4:59 PM 10 comments

We're sure by now everyone has heard the Dark Side has cookies. Well it's true. Just look at this picture: Just in case this wasn't enough proof for you, Foodbeast (in conjunction with the ever-more powerful LucasFilm licensing department, who will one day rule you all), have released the ultimate word in moon-sized doomsday weapon/coffee jars: 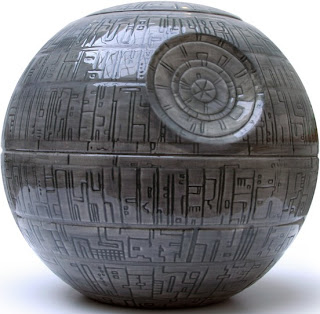 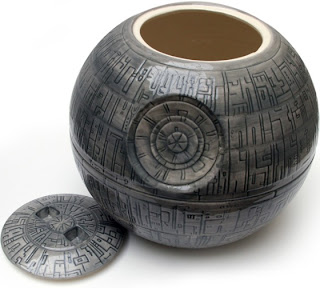 To buy the jar and donate more money to George Lucas, go here.
Posted by Robbie Boland at 3:15 PM 0 comments

An office far, far away Episode 4

Follow the continuing adventures of Duke, the new guy, as he tries to make it in the office of an evil Empire. So, pretty much any office, anywhere.
If you like it, leave a comment/reaction below. And tell all of your friends about it too. Because if you don't, well... we do live in a giant laser, after all.

Words: Robbie Boland
Art: Kristian Aus
[Apologies for the delay between episodes - the words guy was a bit busy with a new baby. We now return to our regular fortnightly schedule.]
Posted by Robbie Boland at 4:47 AM 0 comments

Please do the Galactic Empire a solid and vote for us by clicking the image below. We don't want to influence your decision in any way but remember: a vote for us is a vote for us not destroying your planet.
Posted by Robbie Boland at 5:42 AM 1 comments 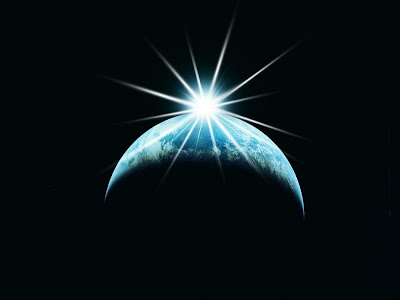 Twinkle, twinkle, little Death Star
How I wonder where you are!
Up above my world so high?
Oh no, you're blowing up my sky!
Posted by Robbie Boland at 1:34 AM 0 comments

In other Doctor Who related news... 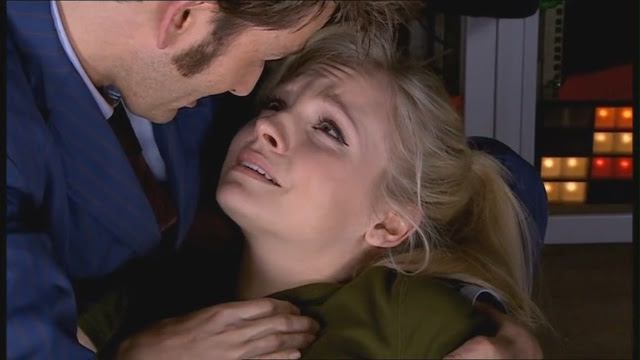 Congratulations to the tenth Doctor on his engagement to his daughter, Jenny... 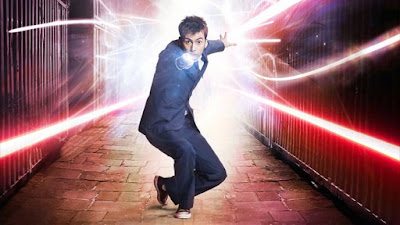 Dear Doctor,
If EVERY alien on EVERY world you visit is "evil" and "has to be stopped", then we've got news for you:
YOU'RE the bad guy.
Posted by Robbie Boland at 3:23 AM 5 comments