What is it that makes us human? Is it the ability to reason, to move beyond basic emotion into the realm of logic and pragmatism? Or is it our opposable thumbs, which allow us to manipulate tools and build amazing things, like skyscrapers and rocket ships? Perhaps it is simply that we can enslave less intelligent creatures to our will and force them to dress up in ridiculous costumes, whether they like it or not? Probably the latter. 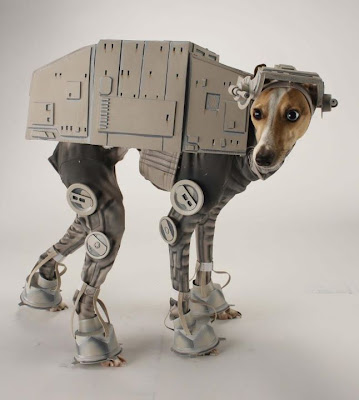 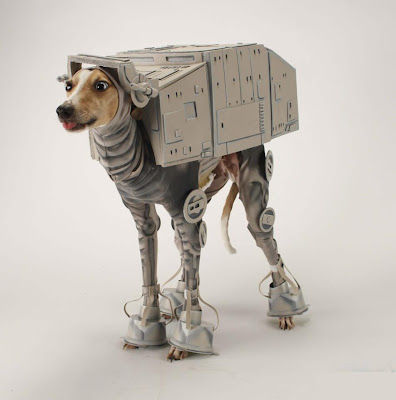 Meet AT-AT Dog, aka. Bones Mello. If you can ignore the sadness in his eyes long enough to focus on the impressively detailed costume, you can almost imagine him crushing tiny humans underfoot or shooting lasers from his eyes. Probably at whoever put him in the costume in the first place.

You can follow Bones Mello, he has twice as many Facebook fans as we do. Not that we're bitter.

But what's an AT-AT Dog without a best friend? A heavily armoured, four legged death machine with a penchant for chewing bones and licking its own undercarriage, obviously. The point being, a dog in a ridiculous costume needs a man in a ridiculous costume, so that together they can go on nice walks and possibly suppress Rebellions and giant teddy bears hiding on ice planets and in forests respectively.

That's where Tom Judge comes in. He made the following AT-ST costume out of cardboard. It probably goes without saying that it's probably the greatest cardboard costume of all time. 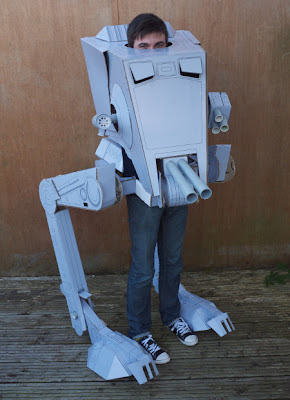 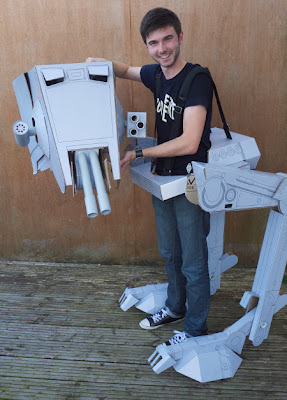 You can also see it in action. It's so realistic you can almost hear the Ewoks screaming in terror: