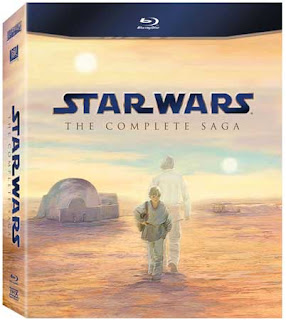 We all knew there were going to be some adjustments, or "embetterments", to the Star Wars films with their Blu-Ray release on September 16th. In his infinite wisdom the great creator, George Lucas, has constantly refined his original releases over the years in an effort to create the definitive version of the Star Wars universe. In his quest for perfection, Mr. Lucas will not stop until every character has been replaced with CGI, every line re-dubbed and every special effect re-rendered in jaw-dropping 5D.


io9 has revealed that one of the biggest changes in the Blu-Ray version is that Darth Vader will now scream, "NNNNOOOOOOOOOOO!" when he throws the Emperor down the shaft in Return of the Jedi.


The fact is, that's only the beginning. The Death Star PR team can now exclusively reveal the ten biggest Star Wars Blu-Ray embetterments:


LOADS more crazy crap in every scene!
Because everyone knows that the absolute BEST way to improve a movie isn't about the script, acting or directing, it's how much CRAZY CGI stuff you can totally unnecessarily cram into the background of Every. Single. Scene. of your films. 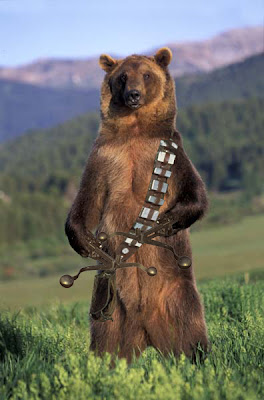 In an effort to improve the realism of the original trilogy, Chewbacca will now be replaced with ChewbaccARGH - an actual, genetically engineered, giant carnivorous killer bear with crossbow paws and a taste for human flesh. Unrelated: Han Solo has a cyborg leg now! How COOL is that, maybe?! 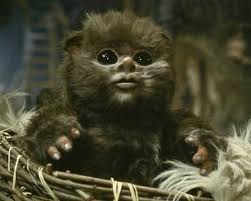 Ewoks have always been scary. They may look cute from a distance but up close they have the cold, soulless, dead eyes of a homicidal sociopath who just stabbed somebody to death because they didn't stir the sugar into their coffee clockwise three times before drinking it. But now they blink. Oh, you don't think that's pants-wettingly terrifying, Mr. Big Man? Then just imagine sitting in a kid's room filled with teddy bears when all of a sudden you realise they're all blinking at you.
Wait for it.
Wait for it.
There you go. 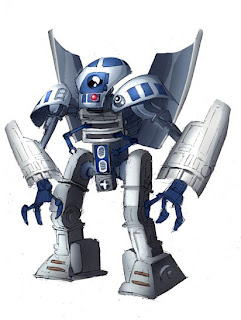 The true hero of both Star Wars trilogies, R2-D2, will receive some big time upgrades in the new old trilogy. The plucky astromech droid will now save the crew of the Millenium Falcon from certain death in Death Star Hangar Bay 327 by flying around shooting rockets at the Stormtroopers before transforming into a giant warrior robot with a flaming sword and a jive talkin' "edgy" African-American voice. (Image found here)


Catchphrases for EVERYONE!
In keeping with the addition of Vader's trademark "NNNNNOOOOOOO!!!" to the Emperor's death scene, all of the main characters will now have a catchphrase which they say incessantly. Luke will respond, "But I was going in to Tosche Station to pick up some power converters!" (Classic!) every time somebody asks him to do anything. Leia will now address everyone as a "Scruffy looking Nerf Herder" (ZING!), and Obi-Wan will constantly remind everyone that what he's saying is right, "From a certain point of view".

One of the bigger changes in Return of the Jedi's Special Edition was the change of Anakin Skywalker's Force ghost to Hayden Christensen. To really tie in the prequel and original trilogies, Hayden will also replace Sebastian Shaw in Darth Vader's unmasking scene. And, because YOU demanded it, Jake Lloyd will now play the role of Force ghost Anakin. He will smile cutely, wave and inexplicably shout, "Now THIS is pod racing!" before winking at the audience as we star wipe to black.

There's nothing quite as thrilling that audiences can totally emotionally invest in as watching completely computer generated characters fight, race, or make sweet blue alien love to, one another for extended periods of time. To that end, Darth Vader's lightsaber duels with Obi-Wan and Luke will now be entirely CGI and involve lots of crazy flips and shit because hey, it worked for Yoda, right?


Ultra-cool post-credits sequence!
You thought Return of the Jedi ended with Rebels smiling and Ewoks happily drumming on Stormtrooper helmets while they feast on Darth Vader's chargrilled corpse, didn't you? Oh, you. A new post-credits sequence shows the ghost of Emperor Palpatine laughing maniacally before flying up the reactor shaft towards the camera whilst shooting lightning from his hands. Did somebody say... TRIquels?!!

The original films were released a long, long time ago. So long ago that younger generations of viewers have absolutely no idea who, or what, a Carrie Fisher or a Mark Hamill is. In his infinite wisdom, the great creator has digitally altered the original trilogy so that the main characters are now played by the best, hippest, culturally relevant, totally actors of the modern era. Robert Pattinson as Luke Skywalker! Matthew McConaughey as Han Solo! Megan Fox as Princess Leia! And Will Smith as Lando Calrissian!


Han doesn't shoot at all 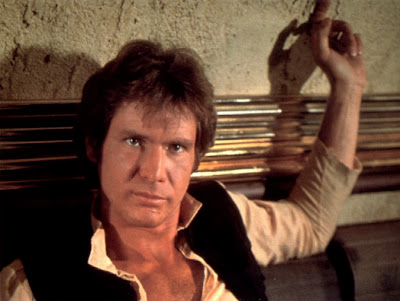 The famous Mos Eisley Cantina scene has been through quite a few revisions. In the original, Han Solo shot Greedo before the Rodian Bounty Hunter could shoot him, thus immediately and beautifully establishing Han as an anti-hero. In the Special Edition, Han shoots a fraction of a second after Greedo, thus immediately establishing Han as... a kind of anti-hero ... with great reflexes? In the Blu-Ray version, the scene reaches its inevitable conclusion: Han doesn't shoot at all. Rather, he delivers a devastatingly rakish smile and Greedo simply dies of a tragic, completely unconnected heart attack.
Posted by Robbie Boland at 1:47 PM