Many Bothans Died to Bring You These Coins 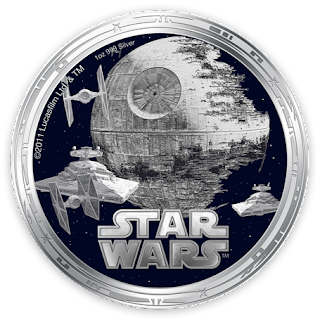 The small Pacific Island of Niue may only have 1,400 inhabitants, three computers and one McDonalds but it's already a step ahead of wherever you live. Why? Because Niue has made the forward-thinking decision to switch to from dollars to Imperial Credits ahead of the Death Star's arrival sometime in the near future. 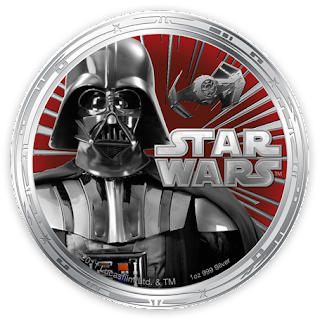 
Citizens of Niue, you will be happy to know that your blatant attempt to toady up to the Galactic Empire has succeeded. In the event of the "unfortunate" destruction of the planet Earth, you will be spared and a place reserved for you on the Death Star. 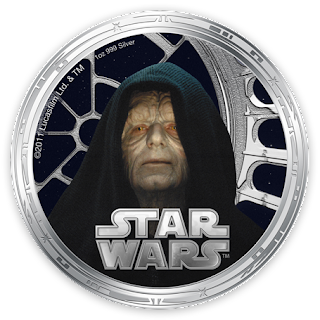 Well, some of you will be.


Okay, really, we're just taking the coins. Darth Vader wants to add them to his "Things That Look Like Me" collection.

The Star Wars-themed coins are legal tender and have been coined by the New Zealand mint to appeal to Collectors. They have a limited mintage and will be sold in two sets of four coins, the Darth Vader Dark Side, or "cool", coins and the Millenium Falcon Light Side, or "totally lame", coins. Individual character coins are also available. Full details and pricing available at the NZ Mint site. 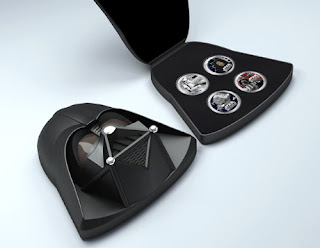 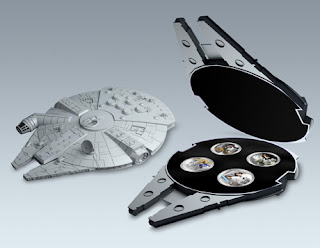 Thanks to Steve Dimitrio and Samoznai Maitaper via email for the tip.
Posted by Robbie Boland at 7:25 AM