An Open Letter to TIME Magazine re: Darth Vader 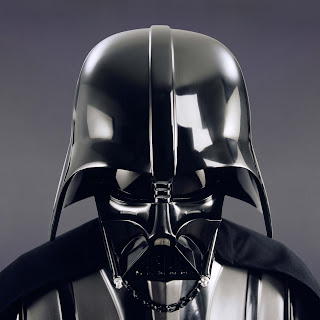 In your article of June 17, you listed Darth Vader as the third worst "fictional" father. The Galactic Empire takes these kinds of accusations very seriously. So seriously, in fact, that similar accusations from other planets normally end with a rebuttal of the giant laser from space variety. However, in his infinite wisdom, Darth Vader has ordered the PR Department to respond with the second most devastating weapon known to mankind: a sternly worded letter of complaint. So prepare yourself, TIME Magazine, but know in advance that your shields can't repel refutation of this magnitude.

Firstly, how do you define "worst"? Are you suggesting that Darth Vader was evil because he helped Emperor Palpatine kill all of the Jedi? That's not evil. That's just being really, really good at your job. That's bringing balance to the Force, my glossy printed friend.

Now let's clear the air of planetary debris and discuss the Alderaan issue. To the uneducated, kidnapping Princess Leia and blowing up her home planet while she watched might seem like a bit of a dick move, but it taught Leia a valuable life lesson: "Don't get kidnapped." It seems to us that if Princesses like Leia, Daisy and Zelda could just learn this one fundamental rule, a LOT of supervillains would be forced to channel their energy into more productive avenues of work.

So many parents don't even care where their children are, or what they're up to, no matter the time of day or night. Not Darth Vader. When he couldn't find Luke, Vader dispatched thousands of remote probes into the far reaches of space. This was in spite of the fact that Luke had just become the Galaxy's Most Wanted terrorist, almost killed his dad and blown up 1.3 million of his friends and workmates. Are those the actions of a bad father? He even went to visit Luke on the ice planet Hoth and see how he was going at work, despite how far away it was and the fact that the climate there really plays hell with your cyborg body parts.

For almost 20 years, Darth Vader didn't even know he had children. Did you know that, TIME Magazine? Did you uncover that in your research? But unlike so many other deadbeat dads, the moment he found out, he took responsibility for his son, even saying on camera, "Luke, I am your father." He didn't even ask for a paternity test. Would the third worst father ever really do that, TIME Magazine?

You're going to bring up the whole "cutting off Luke's hand" thing now, aren't you TIME Magazine? That is so you. Oh so predictable. If anything, cutting off Luke's hands was one of the nicest things Darth Vader ever did. Think about it: one quick, relatively painless amputation in exchange for a totally sweet cyborg hand (click here to read about the many cyborg hand-related benefits). Who wouldn't take that deal? You know what they say: "no pain, no gain".

NOT ONLY did Darth Vader improve Luke's life immeasurably by giving him the opportunity to become an awesome cyborg, but he then sweetened the deal even further by inviting Luke to join the family business : ruling the galaxy together as father and son. Just in case you missed it, TIME Magazine, that didn't say "run a plumbing company or a small sandwich shop together", it said "RULE THE ENTIRE FRIGGING GALAXY." So Darth Vader, the greatest father in history, wanted to give his son power and wealth beyond measure, EVEN THOUGH HIS SON WAS A BIT OF A WIENER.

Of course, we could also talk about how Darth Vader saved Luke on the second Death Star, sacrificing his own life to throw the Emperor down the reactor shaft. Or how he became a Force ghost so that he could constantly lovingly haunt watch over his children for all time, but we won't because we think you get the point by now TIME Magazine. You do, don't you?

Now let's put the shiny black all-terrain durasteel boot on the other foot. Let's talk about you, TIME Magazine. Darth Vader is NOT a fictional character. He's been in six biographical documentaries about his life. There are photos of him all over the place. He even recently went to Disneyland. How many movies have you been in, TIME Magazine? How many guest appearances at children's parties have you made? Where are all the photos of you? Maybe YOU'RE the fictional character.

What do you base this baselessly base article on? Where is your evidence, either empirical or epistemological? What surveys have you done, or statistics have you uncovered? Did you even conduct a phone poll of some description? No. Because you're a MAGAZINE. You don't even have a mouth.

Finally, what gives you the right to judge people, TIME Magazine? How many little baby magazines have YOU fathered? Stick to what you know, what you're good at: selling a mere 45 million magazines a week.

Yours sincerely,
The Galactic Empire.


Thanks to loyal Imperial GreatSkeptic for the tip.
Posted by Robbie Boland at 3:49 PM