How to: Beat Up Obi-Wan Kenobi 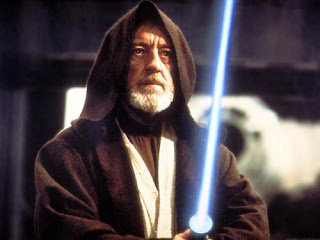 Obi-Wan Kenobi is one of the most dangerous men who ever lived. He was the first Jedi to kill a Sith Lord in over 1,000 years, offed General Grievous, a psychotic four-armed lightsaber-wielding cyborg, and trained the terrorist who ended up blowing up the first Death Star. But don't worry, you don't need to be a total badass to take him down. Just follow our simple "How to" guide.

Make sure and use our handy visual guide to figure out which version of Obi-Wan you're fighting! 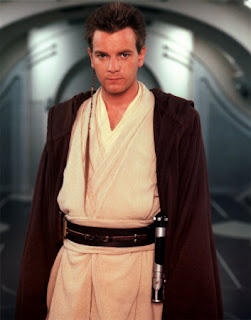 Okay, let's tackle young Obi-Wan. Warning: do not literally tackle him, unless by "tackle" you mean "run over with something fast and heavy, preferably a spaceship", or "shoot him a lot from as far away as possible". Anyway, you shouldn't tackle him because he has magical powers and will probably see it coming and do a fancy Jedi flip out of the way, then chop you in half with his lightsaber.

Do you have magical powers and a lightsaber? (No, the ability to sometimes be singing a song, then two seconds later you turn on the radio and hear it doesn't count.) If yes, step one is easy: find an evil sorceror willing to train you in the ways of the Dark Side of the Force. Train in secret for 10-15 years. Step two, cunningly lure Obi-Wan and his Master into the nearest industrial complex, preferably a power core of some description. Step three, distract young Obi-Wan by killing his Master (easy), then knock him into a reactor shaft while he's angry. Now comes the crucial part: DON'T LET HIM OUT. Stab him in the head with your lightsaber, Force push him, throw a shoe at him, whatever - just don't stand there and gloat like an idiot.

If you don't have magical powers, don't give up, you can still do this. You see, young Obi-Wan is petulant and kind of a dumbass. He can be tricked, because the Force is with him, but it also thinks he's a bit of a dick, so it will look away instead of helping him when it can. Young Obi-Wan has a secret weakness: he'll always do the exact opposite of whatever Qui-Gon says. So just invite him over to your house and be all casual and say something like, "Hey guy, my garbage disposal is on the fritz! Ain't it always the way, etc, etc," then, reverse psychology him. "Oh, but don't worry about it. Qui-Gon says you're no good with fixing stuff and stuff." Boom! Just try and stop him from checking that thing out. The second he does, you pounce! Shove his head straight into it. His stupid rat's tail hair thing will get caught and within seconds it's game over. 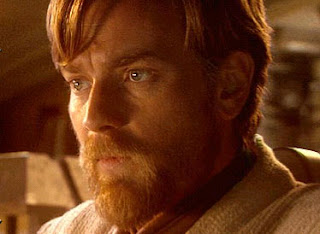 Yes, he has a beard now but DON'T LET IT GET TO YOU. To understand how to defeat Jedi Master Obi-Wan, you must first understand what he loves doing: delivering lectures. Give him what he wants and he will be putty in your cyborg hands. Speaking of putty, it will help if you have some. Put it in your ears now. Then marry someone inappropriate. Any Princess is fine, really.

You're ready for the next step, but first make sure you're nowhere near a river of molten lava. There's none? You're sure? Good. Now tell Obi-Wan about the stuff you did, but also mention some other stuff about how you may have killed a few Sand People, forgot to put in your tax return for the last few years and cheated in Monopoly. Just go crazy. Confess to anything and everything that pops into your head but DON'T LET HIM SPEAK. Stop only when his face goes beet red.

This is where the putty comes in. Obi-Wan will unleash a self-righteous lecture of such epic proportions it will rip a hole in the space-time continuum and become the original boring, self-righteous lecture. But you won't have to hear any of it. Instead, you'll just be shaking your head and nonchalantly going, "Nuh uh!" every so often. Let this go on for several hours, the longer the better. Let the little guy tucker himself out. Eventually he'll begin to get drowsy, which is when you stab him in the head with your lightsaber. 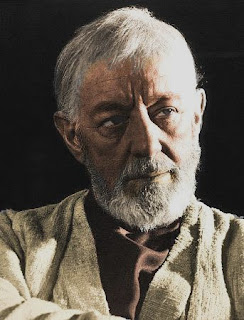 This is the easiest, most effective way to beat Obi-Wan, but it's also something of a long game. Only the most patient Obi-Wan haters will be able to go the distance. But hey, if a job's worth doing, it's worth doing incredibly slowly over several decades.

Wait until he's really old, like pensioner old, and has been living in a cave for 20 years letting himself get rusty (NOTE: during this time, you should have remained FROSTY in exact inverse proportion to his rustiness.). Then pick a fight. 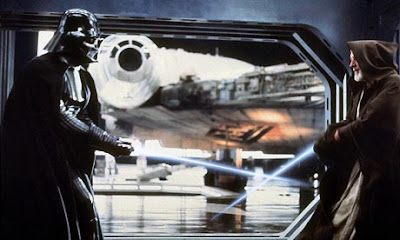 Remember: he's old now. At some point he will get tired, or remember he forgot to drink his prune juice that morning, or his mind will drift off thinking about those darned kids next door who keep kicking their ball into his backyard. This is the moment you've been waiting for! Strike like a genetically engineered super cobra who has arms and a robotic body specifically built for rapid striking.

Congratulations, you've just defeated one of the hardest Jedi to have ever lived. You have gained the rank of Galactic badass.
Posted by Robbie Boland at 8:19 AM