The Doctor is the Worst Friend Ever

Friendly warning from all of us here in the Galactic Empire, because we care: this post contains spoilers for Doctor Who's The Rebel Flesh/The Almost People. It also contains logic.

A very exciting thing happened in the most recent episode of the documentary Doctor Who: the Doctor finally murdered somebody. It was premeditated, not in self defense, and was utterly cold blooded. Oh, and also, it was his best friend.

In episode five of series six, The Rebel Flesh, the Doctor, Amy and poor, poor Kenny from South Park Rory encounter a substance called "the Flesh", fully programmable matter that can take on the shape of people. The doppelgängers, or "gangers" are disposable avatars controlled from a special bed by their living counterparts to work in extremely dangerous environments. 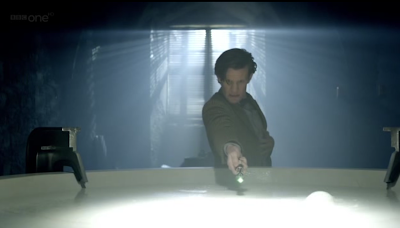 Of course, as soon as the Doctor turns up, the Flesh starts getting ideas about freedom and equality and junk and, during a freak solar storm, it finally gets the juice it needs to create independent gangers of all of the crew. 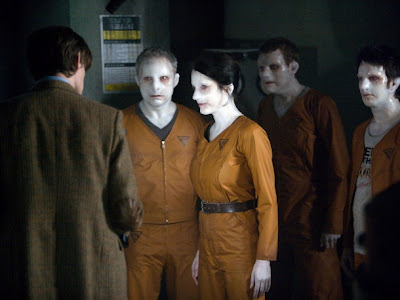 It doesn't take long before the humans and their gangers decide that to resolve their differences in the reasonable way in which people have resolved their differences since time began: kill one another until whoever is left alive is right.

The Doctor thinks this is a bad idea. "Well, we have two choices. The first is to tear each other apart, not my favorite. The second is to knuckle down and work together. Try to work out how best we can help you." He proceeds to bang on about how the gangers aren't an accident, they're "sacred life".

Human Foreman Cleaves doesn't seem to appreciate the magic and wonder of the situation quite as much and kills one the gangers. The Doctor gets angry. He says noble, Doctory, incredibly judgey things like:
"You stopped his heart. He had a heart! Aorta, valves! A real human heart! And you stopped it."
And, "You've crossed one hell of a line, Cleaves, you've killed one of them." 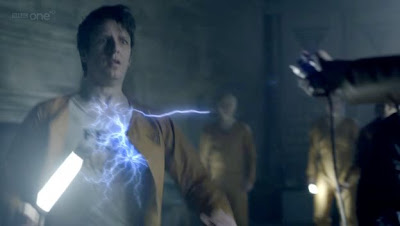 Things get more complicated and insanerer by the inevitable and completely expected arrival of a ganger Doctor. 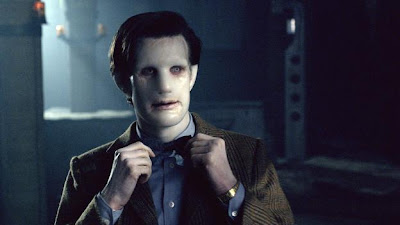 As the Doctor and Doctorganger get to know each other in episode six, The Almost People, they immediately reveal what everybody always suspected: the only thing the Doctor loves more than Sexy the TARDIS is himself. 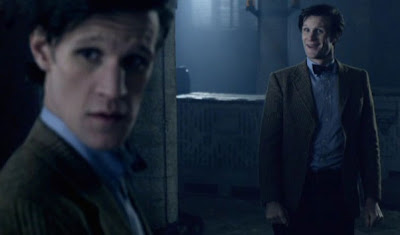 While the Doctors are concocting a plan, ex-plastic Rory is bonding with current plastic Jennifer. Amy is proving to be surprisingly and uncharacteristically racist towards the Gangers generally, and Doctorganger specifically. There's something just not right about him, you see. 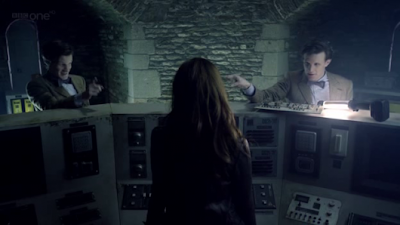 But it turns out that the Doctor's shoes are literally on the other foot - the Doctor and Doctorganger swapped shoes a while ago, to teach everyone the incredibly valuable lesson that there's no difference whatsoever between human and ganger. Snap, Amy!

The Doctors then proceed to save the day (which here means saving almost none of the humans or their gangers) by exploding the horribly Jennifer demonganger using the Doctor's sonic screwdriver, which assumedly could have been done at any time prior to that, thus saving a lot more people, but wasn't because the Doctor is a terrible person.

Then the Doctorganger commits murder/suicide (though he'll no doubt return to be killed off again in the series finale, thus explaining the Doctor's death shenanigans in episode one) with ganger Foreman Cleaves. For no reason. Instead of, you know, escaping in the TARDIS.

Afterwards, the Doctor invites Amy and Rory back into the TARDIS. He proceeds to deliver some rather bad news: Amy is pregnant. Worse, this Amy is a ganger and has been for some time, and it's the real Amy who is pregnant. Snap, Amyganger!

Quite reasonably at this point, Amy is a little worried, "I am frightened. I'm really, properly scared." 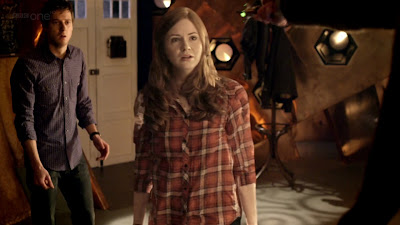 But the news gets dramatically worse: the Doctor has to kill Amyganger "as humanely as he possibly can" in order to save the real one, thereby, and we cannot stress this enough, completely and utterly contradicting every single thing he said to everyone else throughout the past two episodes.

Snap, Amyganger! Bet you didn't see your violent death by explosion at the hands of your peace-loving and wise best friend!

So, there you have it. The Doctor: hypocrite and cold blooded friend killer.
Posted by Robbie Boland at 9:01 PM

Email ThisBlogThis!Share to TwitterShare to FacebookShare to Pinterest
Labels: Amy Pond, Doctor Who, Review, Rory Williams, TARDIS, The Almost People, The Doctor, The Doctor is a Terrible Person, The Rebel Flesh