Lord Voldemort: Behind the Basilisk 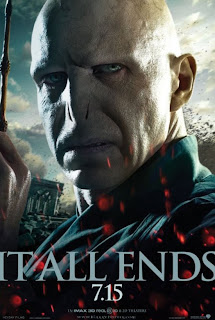 With the Deathly Hallows Part 2 due to hit cinemas on July 13th, the impending death of Harry Potter to celebrate and the total domination of the world to plan for, Twitter’s one and only Lord Voldemort is one very busy evil wizard.
Thankfully, “He-Who-Must-Not-Be-Blamed” found the time to answer a few of Death Star PR’s questions about eternal life, taking over the universe and everything.
DSPR: Firstly, congratulations on being the first “fictional” character to pass 1 million Twitter followers. How does one celebrate such a momentous milestone?
LV: I would tell you but the celebration is revealed only to those who make it to this momentous milestone. Yes, Gaga, Britney, Bieber, NASA & I are all in the know about this secret. Like I said, I’d share; but horrible things tend to happen to people who try and enter my chamber of secrets when they shouldn’t...

DSPR: Speaking of Lady Gaga, she dresses crazier than Bellatrix Lestrange and calls herself “Mother Monster”, and Charlie Sheen recently claimed he was the world’s most powerful warlock. Are today’s celebrities just trying to ride on your cloaktails?
LV: It’s upsetting to me that people feel they can leech off of my fame. I know a thing or two about living off of someone else; I did live in Quirrel’s head.  Let me tell you; while unicorn blood is refreshing and quenches your near-death thirst, there is nothing better than living on your own. (Unless it’s seven of you living on your own in various places of course). These people need to find their own thing. Look at Cedric Diggory. He realized being yet another whiny, wizard, git didn’t work for him so he took up sparkling. Do I advise this route? No. But to each his own.

DSPR: People see your movie star good looks, plush velour bathrobes, exotic pets and all the other trappings of superstardom, and forget that you’re a self-made man. Has the road to success been an easy one for you?
LV: The road to my success was neither easy nor hard… it was non-existent. You don’t need a road to success when you can apparate to success; or, better yet, fly. 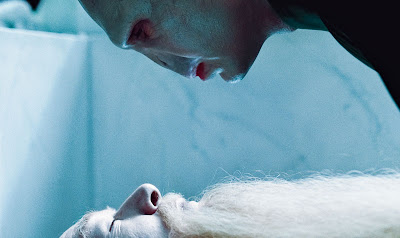 DSPR: Dumbledore was the yin to your yang, the beard to your clean-shaven look, the dead to your still alive. Are there any positives you can take out of that relationship now that he’s gone?
LV: Well, as you stated, Dumbledore and I were opposites. I plan on continuing our yin-yang relationship & fully embracing the being alive to his dead.
DSPR: Speaking of Dumbledore’s demise, it seems like Severus Snape has finally made himself useful. What are the best and worst things about having henchmen?
LV: Snape, Snape, Severus Snape. Dumbledore…. well Dumbledore never fully embraced the whole “henchman-are-useful” mentality. I like to think of them less as “henchmen” and more “evil groupies”.  I’d say the best thing about having Henchmen is the loyalty. You know, people like Wormtail are literally willing to give their right arm to serve me. Snape? Well that’s the kind of guy who would never, ever stab me in the back. I mean, there’s a better chance that Hagrid would become a professor than Snape betraying me. As if that would ever happen. The worst thing is that I started some kind of weird trend. Now every group feels the need to “name” themselves. It’s worse than the asinine “couple-naming” that people do.  My name is already ridiculous enough, I don’t need you adding to it. Now there are “Beliebers,” “Little Monsters,” “Smilers.” I think they should all group themselves together and form a new group. We can call them ‘dead’. 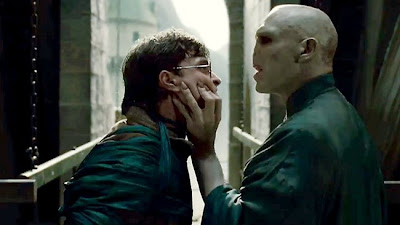 DSPR: Just between us, can you share any “Deathly Hallows Part 2” spoilers with us? Is that Harry kid finally going to get what he deserves?
LV: I think you’ll be surprised by the ending. They haven’t let me see it yet but I’ve been promised that it would be completely different than this “book” ending. One that reflects what REALLY happened. As you know from my previous interview, that “JK Rowling” character got into a bit of a tiff with me when I refused her advances. Suddenly I was “evil,” “couldn’t love” and she refused to even speak my name. Drama-queen. She really crucioed my patience so I’ve been promised that this will be a more accurate reflection of a wizard who knows how to make magic and loves playing with his snake. Wait…
DSPR: Between Harry “The Boy Who Lived” Potter being famous just for not dying and the cast of Jersey Shore being famous for being stupid, does it ever surprise you that there are still people out there who don’t want you to take over the world?
LV: It does. It really does. I mean, can anybody get famous nowadays? What happened to the good old days where you DIDN’T want people to say your name? I go around helpfully killing off stupidity faster than Bella Swan can kill someone’s patience and all I get is complaining.
DSPR: When it comes to magic, is it the materials of your wand or how you use it?
LV: I mean, my wand is thirteen inches. I don’t need felix felicis to get “lucky” if you know what I’m saying. That being said, it’s definitely about how you use your wand but when I meet a special lady I’ll let her see what’s inside it…
DSPR: With the occasional attempted avada kedavraing of unaccompanied minors and assorted Muggles, wizards, etc, you’ve developed something of a “bad boy” reputation. Is that a fair assessment?
LV: Listen, I speak the truth (as well as sarcasm and parseltongue) and if that makes me “bad” then so be it. However, I can never be a bad “boy” as I’m not a boy. Really, if you think about it, I’m teaching a valuable lesson. Don’t want to be killed? Don’t suck. It’s as simple as that.

DSPR: Finally, you mentioned you speak parseltongue. Out of curiousity, do snake’s have anything interesting to say?
LV: My snake has a lot of interesting things to say. Ladies, if you’d like to know more, I’d be happy to introduce you some time.
DSPR: Lord Voldemort, it’s been an absolute pleasure talking to you. Thank you for allowing us to enter your chamber of secrets once again.
Click here to read our first exclusive "Behind the Wand" interview with Lord Voldemort.
Posted by Robbie Boland at 1:38 PM