In honour of Death Star PR's 2,000th tweet, Emperor Palpatine has kindly given us permission to print the rules to his favourite game, "Scissors, Paper, Lightning Fingers". The handy instructional graphic and written rules are below.

So enjoy, Galaxy. Play the game at home until it causes heated arguments/bloodshed between you and your otherwise beloved family members. 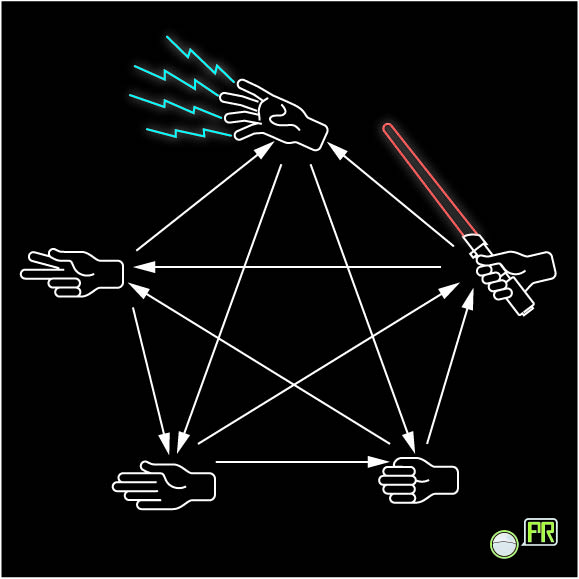