The 10 Jerkiest Things Obi-Wan Kenobi Ever Did 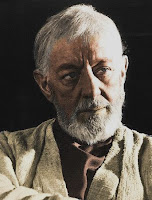 While the Rebellion would have you believe that Obi-Wan Kenobi was an excellent mentor, a highly-regarded General, and arguably one of the greatest Jedi Masters ever, the truth is, he was a bit of a douche. In fact, he was such a massive jerk that the hardest thing about writing this list was narrowing it down to just the ten jerkiest things he ever did.


Although he's always been a smug bastard, Obi-Wan took it to a new level when he came face to face with his old apprentice and ex-BFF on the Death Star, calling him a "Master of Evil". Hey Obi-Wan Jerknob-i: when the last time you met, you cut off someone's arm and both of their legs and threw them in to molten lava, you don't get to make a call about who's evil and who's not.


9) Always cutting off everyone's arms
Look, we know we bring this up a fair bit but we really feel that it's a valid point because seriously, doesn't someone with amazing Force powers that include telekinesis, superhuman speed and reflexes, empathy and even limited precognition have A SINGLE BETTER OPTION FOR DISARMING SOMEONE THAN LITERALLY DISARMING THEM?

8) Training Luke
Although Obi-Wan used the Force for loads of things, he used it most for backflipping like crazy on his opinions. As a younger Jedi, Obi-Wan didn't want Qui-Gon Jinn to train Anakin because he was "too old" for the training at age nine, but was only too happy to train Luke when he was 19. Why? No, not "out of necessity" Kenobi apologists,  but because when you're a hypocritical jerk you can make the rules up as you go along.


7) Not helping Luke on Hoth

Here's the scenario: Your friend has just barely survived a near-fatal crash on a snow planet and is now literally freezing to death. As a ghost who has "become more powerful than you can possibly imagine" by becoming One With The Force, do you:
a) Use your nifty ghost teleportational powers to go get help;
b) Do anything else in any way actually helpful; or,
c) Be a complete jerkbag and ignore the fact that the kid is dying of hypothermia and internal injuries and just give him his next set of marching orders?
You guessed it.


6) Not training Leia
As a child of Anakin Skywalker, Princess Leia inherited great Force powers equal to those of her brother, Luke. So why didn't Obi Wan decide to train her too? Surely two Jedi would have had a better chance fighting evil Sith Lords than one? The answer is simple: Obi-Wan didn't like girls.
Here's how the Yoda/Kenobi Dagobah conversation actually went:
Obi-Wan: "That boy is our last hope."
Yoda: "No, there is another."
Obi-Wan: "Yeah, I was at the birth, genius. Remember? I just don't count girls."


5) Being a bad friend
So what if love is expressly forbidden by the sacred laws of your ancient religion that has allowed your order of warrior space monks to maintain peace for over ten thousand years? What's so bad about falling in love? What possible downside is their to a moody young Jedi Knight with narcissistic tendencies and a bit of a God complex marrying a career-driven cougar ex-Queen? If Obi-Wan was a better friend, he would have stood by Anakin's decision to be married instead of getting all judgey about it.


4) Not telling Luke and Leia about being brother and sister 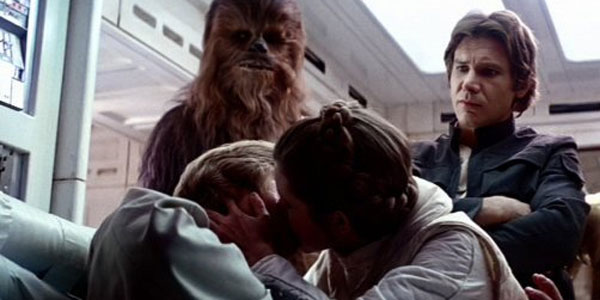 We can forgive Obi-Wan for the oversight. I mean, finding out you have a long-lost twin brother or sister probably isn't a big deal for orphans, right? You can certainly see how that little detail might not come up in the many, many hours of conversation aboard a starship hurtling towards the sibling in question. Oh well, it's not like anyone got hurt, because it's not like there's any chance the twins would meet and develop sexy feelings for each other, right?


3) Lying to Luke about his dad
Admittedly, telling the kid you've spent the last 19 years creepily spying on/"watching over" that you were the one who attempted to brutally murder his father is a pretty awkward conversation but it's probably right up there in terms of pretty important information they might want to know before they make the decision to hang out with you. Some people are just weird like that.

Friends argue. Sometimes they even come to blows. But it takes a pretty special kind of "friend" to cut off your arm and legs and leave you to burn alive in molten lava. Even accepting the fact that Anakin was in some small way responsible for causing the tiff, if you have to be that guy who de-limbs his "friend" and throws them into magma, at least do them a solid for old times' sake and put them out of their incredibly, incredibly painful misery.

1) Hiding the droids we were looking for 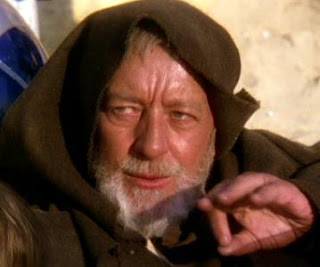 By hiding R2-D2 and C-3PO from the great and benevolent Galactic Empire, Obi-Wan was directly responsible for the explosion of the Death Star, which resulted in the deaths of more than 1.3 million people. Sure, maybe a few of them were a teeny bit evil, but what about all of the service staff, subcontractors, senior citizen tour groups, people shopping in any of the 178 beautifully appointed shopping malls, and the sweet, innocent children in the Death Star's 604 baby creches?

In conclusion, Obi-Wan Kenobi: total and utter bastard.
Posted by Robbie Boland at 8:09 AM