Between bringing balance to the Force, being second-in-command of a benevolent Galactic Empire, suppressing Rebel dissidents on countless worlds, polishing his helmet to a military-grade sheen, Force choking incompetent lackeys and maintaining an unbeaten record in the Death Star Jenga Championships, the boss rarely gets a moment to himself.

Not to mention the Post-Traumatic Stress-induced nightmares caused by having your best friend and mentor cut off your arms and legs before leaving you to burn alive in molten magma while he makes off with your wife and unborn children.

The whole not-having-arms-and-legs-and-being-forced-to-live-in-a-containment-suit-and-a-giant-egg-which-makes-it-really-hard-to-meet-the-ladies thing isn't really conducive to taking much personal time either.

So once a year, Emperor Palpatine makes Lord Vader take a hard-earned "Vadercation". Usually somewhere far, far away from the Empire where Palpatine can't hear Vader crying himself to sleep at night Palpatine can be sure Vader will really enjoy himself.

This year's "Vadercation" was to Earth's tropical paradise, Hawaii. I'm sure you'll agree from these carefully staged and photoshopped to include legs candid photos that Darth Vader is one Dark Lord of the Sith who knows how to have a good time. 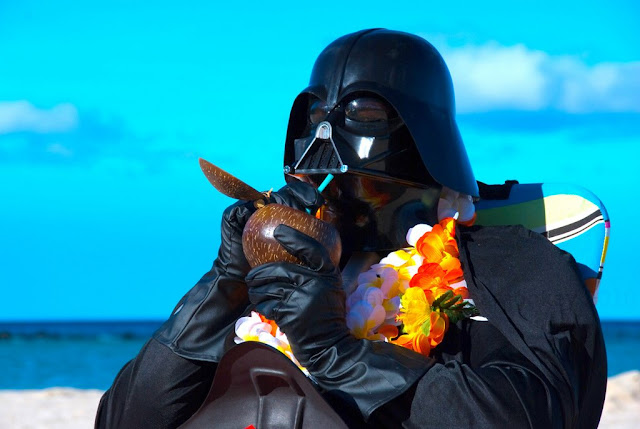 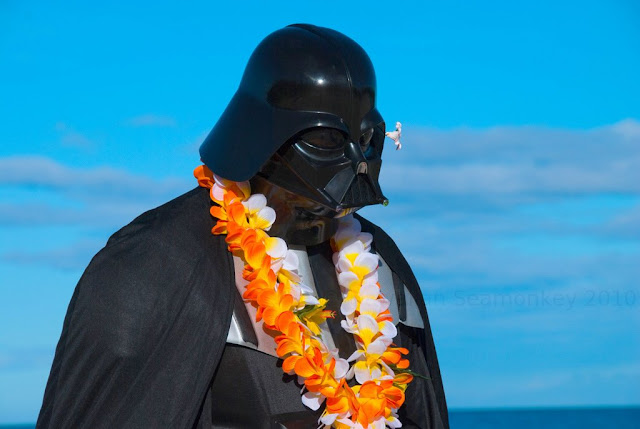 Heavy is the head that wears the helmet. 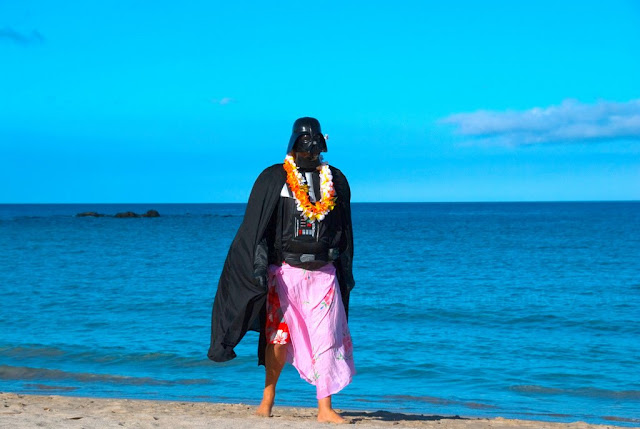 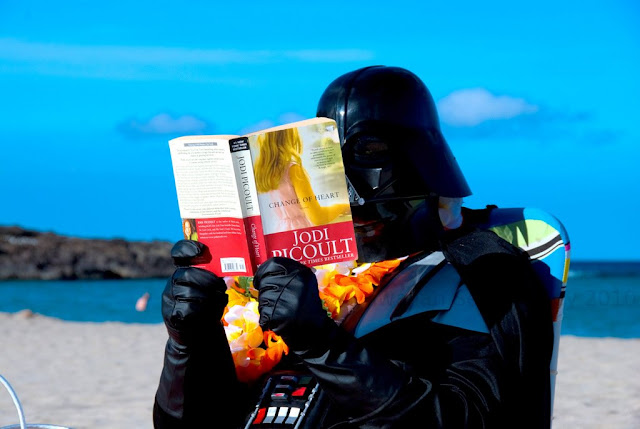 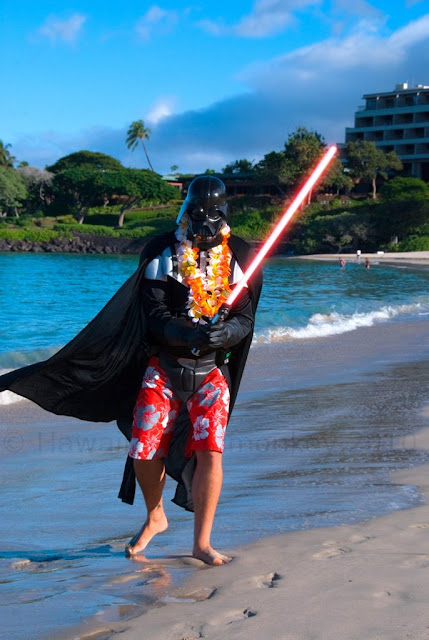 Staying frosty, even in the sun.
Special thanks to loyal Imperial Eric Brager for permission to print these images. You can find a bunch more on his website: http://hawaiianseamonkey.com/2010/10/darth-vaders-hawaiian-vacation/.
Posted by Robbie Boland at 5:33 AM