The Papier Boy has done the impossible, twice. Sort of. Firstly, he's made papier-mâché sort of cool. Secondly, he's delivered Earth it's first working X-Wing. Sort of. In that it doesn't fly, or shoot missiles at Death Star exhaust ports, but it does move and have a spinning, bleeping R2-D2 built in. 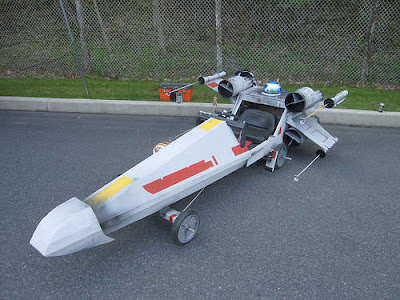 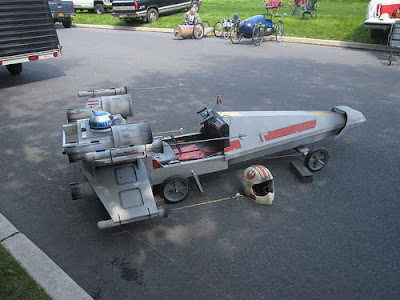 It's actually an X-Wing Soapbox Derby Car built for the 2011 Nazareth Adult Soapbox Derby for around $75, which really gives you a strong indication of the sort of funding the Rebellion are working with these days. Here's how it was done. 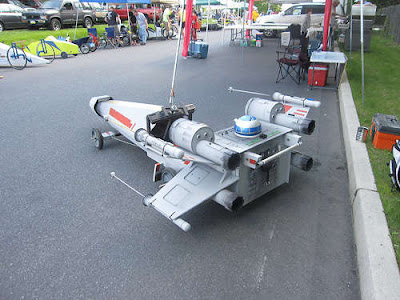 On behalf of all of us here in the Galactic Empire, we'd like to say well done, Papier Boy. Now we can definitely check the "Rebel Sympathizer" box for Earth and get the ball rolling on the whole planetary destruction thing.


In the alternative, if somebody would just build a Soapbox Derby TIE Fighter to shoot the X-Wing down, it would really help free us up to blow up other evil planets.

via Laughing Squid.
Posted by Robbie Boland at 7:27 AM