Become a Jedi in 10 Easy Steps

Forget midi-chlorians. Being a Jedi is so easy anyone can do it. In fact, some of you may already be a Jedi and don't even know it yet. Just follow these 10 simple steps: 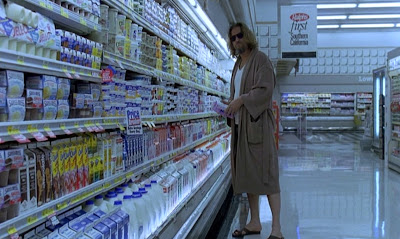 3) Don't have sex ever again. Ever.
This should be easy once you're sporting the "bathrobe and beard" look, and even easier if you've already memorised the complete technical specifications of the Millenium Falcon or are the type of person who corrects people's grammar on Twitter.

4) Tell everyone what to do. All the time.
As a Jedi, you should give people advice on everything, whether they want it or not. The key here is to be sanctimonious at all times and keep in mind that you can never be wrong because everything is right "from a certain point of view".
(Note: Works best when paired with no. 5)

Like most religious orders, the Jedi have a strict moral code. It's important to remember that although everyone else should live by the rules, you personally should only follow them when it's convenient. Is cheating bad? YES. But not if you need to win at dice. Is using a Jedi mind trick to make someone do something against their will totally morally reprehensible? OF COURSE. Unless you REALLY need to get something for free off a struggling small businessalien on a backwards desert planet. Is killing people the path to the Dark Side? TOTALLY. Except if they're bad guys.

Just about any reason will do: whether someone accidentally bumped into your friend in a bar or kind of attempted to kill you a little bit after going to the Dark Side, any time is a good time to whip out a sword and just go NUTS on some limbs. Oh, and don't worry: it's not against the law because you're a Jedi. You ARE the law!

Although an out of the way cave in the desert or a hut in a swamp is best, just about any pig sty or student sharehouse will do. As a Jedi, you're above material possessions, or interior decoration, or showers.


As someone in possession of amazing magical powers that enhance your physical and mental attributes to levels most people could only dream of, the best thing you can do is to spectacularly underuse them. Sure, you could Force Run at super speed to save your friend and mentor's life (like you did earlier in the movie), or Force Push the bad guy away from your friend while you're patiently waiting behind your force field but why bother? You deserve some you time. 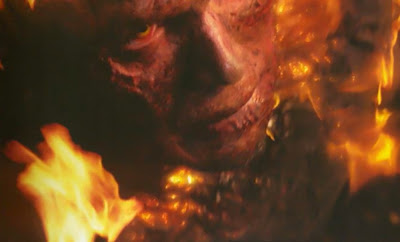 Jedi train their whole lives to avoid emotional attachments. Including friendship apparently. So although you'll give off a wise good guy vibe, you'll also have no problems lying to your friend about whether his father is still alive, avoid mentioning the fact that the hot chick he's rescuing is actually his long lost sister, or even cutting off your best mate's arms and legs and leaving him to burn alive in lava. You know, instead of saving him or sticking your lightsaber through his head and making his death mercifully swift and stuff.

You know how every time you have a party, there's always a few people who stick around long after everyone else is gone and just completely refuse to take any of the subtle hints you're dropping about wanting to go to bed? Well, the Jedi are like this but worse: even death can't stop them from coming back to "watch over" you... particularly during your most intimate moments.

Note: this list also works if you replace the word "Jedi" with the word "Hipster".
Posted by Robbie Boland at 5:34 AM