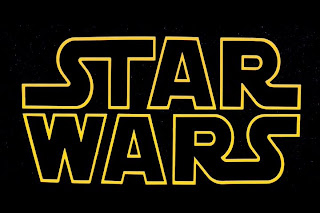 Today the Empire released its OFFICIAL version of the Star Wars Episode IV crawl, free of all Rebel propaganda. Finally, the true story can be told...

Watch it here or read the text version below:


EPISODE IV
A NEW HOPE
It is a period of civil war. Rebel spaceships, striking from a hidden base, have won a minor victory against the peacekeeping forces of the benevolent GALACTIC EMPIRE.During the battle, dissident forces ambushed an Imperial facility on "Bring Your Children to Work Day", mercilessly killing everyone and stealing secret plans to the Empire's ultimate defensive weapon, the DEATH STAR, an armored space station with enough power to destroy an entire planet. But only if they really deserve it.Pursued by the Empire's most heroic agent, the bold and enigmatic DARTH VADER, the terrorist leader Leia "Princess" Organa flees aboard her starship, custodian of the stolen plans that could lead to the destruction of the Death Star, thereby endangering the freedom of the entire galaxy...
Posted by Robbie Boland at 10:48 PM